A 2001 release, it was Disney’s first animated science fiction movie and has a different animation style than previous releases, relying more on CG, Atlantis was also inspired by the writings of Jules Verne [I have not read any of his works; my brother might have]. It features Michael J. Fox as the lead character, Milo Thatch; David Ogden Stiers returns briefly as the brusque, portly museum director, Harcourt; James Garner as Rourke; Cree Summer as Kida (while the name is unfamiliar, I recognize the voice as Valerie Gray in Danny Phantom and Max Gibson in Batman Beyond) and Leonard Nimoy is Kida’s father (yep, bit surprised myself).

The prologue takes place in ancient Atlantis and shows how the city was lost to the sea; the “why” not described, yet. Kida’s mother is called to the large crystal. Next, we’re introduced to Milo, practicing his presentation for a expedition involving Atlantis. It shows both how “nerdy” he is, but also how passionate. The board of directors at the museum are annoyed and purposefully change his appointment time so they can decline his request without meeting him; but they have no problem using him to repair their boiler, though it is certainly not part of his job description. Milo returns home to find a strange woman flouncing about his apartment. Miss Helga Sinclair represents a Mr. Preston Whitmore, who is interested in what Milo has to say. Turns out, Whitmore was best friends with Milo’s grandfather and wanted to find out if Milo had the same spirit and drive in order to settle a bet. He does. Perfect! He can use Mr. Whitmore’s assembled team; they’re already retrieved the Shepherd’s Journal, a tome that details the location of the lost city.

The team is comprised of Commander Rourke, Lieutenant Helga Sinclair; Molliére, or “Mole” considering he is their digging expert and slightly disturbing obsession with dirt;Audrey Ramirez, a young sassy mechanic; kindly Dr. Joshua Sweet; munitions expert “Vinny” Santorini; their cook is “Cookie,” whose food does not look edible; and communications officer Wilhelmina Packard. And the writers do a nice job of introducing and expanding the characters, so they become a whole cast of supporting characters that we want to learn more about. Their sub has a very 20,000 Leagues Under the Sea vibe (considering it is Verne’s’ inspired) and they begin their venture to Atlantis. This hidden city is guarded by a Leviathan, surrounded by a graveyard of ships from “every era”; Milo imagines that it would be a simple carving meant to only scare intruders. Nope. And not a full-blooded creature either; it’s actually a machine that still moves like a living creature. To me, the creators were delving into the steampunk vibe a little, which I am alright with. The main characters escape and continue their trek. We, the audience, catch brief glimpses of darting figures from time to time.

Milo is originally excluded and teased by the rest of the crew; being a nerd as many of us are, not the most socially adept. But he proves himself, fixing a boiler and working tirelessly. He’s eventually brought into the group and we discover most people’s backstory and a sense of camaraderie grows. Then, their camp is attacked by a sort of lightning bug, that lights the whole place on fire. In the ensuing chaos, after which Rourke calls “Sound off, who’s not dead?,” Milo is separated. We get a better look at the figures; people wearing large masks, one of whom removes her mask and heals Milo. The crew discover Milo and the figures run off. Milo gives chase, ultimately ending up in a lush underground cavern, a floating island surrounded by magma, in the center. They have come to Atlantis. The figures; Atlantians we know now, reappear and Milo is able to speak with them, actually, going through a variety of languages. Rourke announces that they are peaceful explorers and Kida, the leader takes them into Atlantis. (There is a small aside between Sinclair and Rourke hinting that crew may not be entirely peaceful). Milo is geeking out, which is adorable, Michael Fox brings a wonderful quality to Milo; eager and excited, but wicked smart. 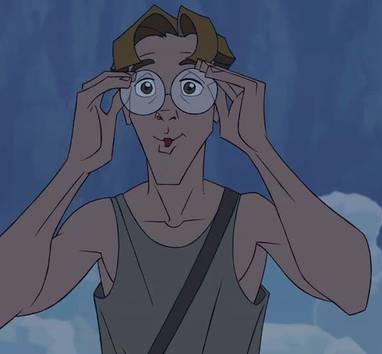 When Kida brings the crew before the her father, the king; the king is not pleased. The outsiders threaten their way of life. Kida argues that their way of life is diminishing; these people may be able to help, may be able to unlock secrets f the past in order to save the future. The king orders the crew to leave; Rourke counters with one night. Rourke then volunteers Milo to speak with Kida so they may obtain their objective; some sort of power cell the Atlantians are rumored to possess. Kida takes Milo around the city and ultimately to an underwater cavern with writing n huge columns. The Atlantians are not able to read their written language, so they are excited to have Milo translate. But the couple are greeted with guns upon their arrival back at the entrance (Milo already knew that his friends were mainly in the hunt for the paycheck, but the betrayal still stings). Rourke reveals he had the missing page from the Journal about the mysterious crystal, the “heart of Atlantis” all along. Milo argues that the crystal is the Atlantians life force, it’s the only thing keeping them alive. He finally gives into the Rourke’s demand to help when the commander threatens Kida.

They burst into the throne room and Rourke demands the king’s help. He refuses and a hit from Rourke knocks him down. Doctor Sweet stays behind while Rourke figures out the puzzle of where the treasure chamber lies. He, Helga, Milo, and Kida venture down. A glowing crystal, surrounded by carved faces on stone hovers overhead. Kida is drawn to the crystal, telling Milo all will be fine, then she floats up and crystallizes. She descends and is taken hostage by Rourke. Milo guilts his friends into staying, but Rourke still leaves, blowing the bridge behind him. As the heart of Atlantis departs, the Atlantians crystals dim. Back in the throne room, the king dies from injuries from Rourke, but he passes on his crystal to Milo, explaining that “in times of danger, the crystal will choose a host, one of royal blood, to protect itself and its people (this is what happened to Kida’s mother in the prologue).” The crystal “thrives on the collective emotion of all who came before” and in return, provides power, longevity, and protection. He tried to use the crystal to expand their borders and create weapons. It grew to powerful to control, it overwhelmed them and led to their destruction. The king begs for Milo to return the crystal and save Kida. Milo accepts the challenge and rallies the Atlantians. He figured out how their flying fish machines operate and catches up to Rourke in the volcano cavern.

Proving that he does have a touch of crazy, Milo and Vinny act as a distraction so Sweet and Audrey can attempt to cut Kida loose. They have to abandon their efforts when Helga dumps a torpedo at them. Milo leaps onto the balloon, managing to make the balloon drop. Helga dumps the excess weight, but Rourke demonstrates that he will do absolutely anything to win, including throwing his lieutenant off a hot air balloon, twice. It’s “nothing personal,” he argues. Well, that comes to bite him when Helga manages to get a shot off, echoing his sentiment, blowing the balloon. Milo went after Rourke, their fight leading to the container holding Kida. An axe hit from Rourke cracks the window and Milo uses the glowing piece of glass to cut Rourke. He begins crystallizing and Milo thinks he’s free, but Rourke rises again. He’s tipped into the whirring propeller of the balloon…and no more Rourke. Milo shoves the container out of the way of the impending crash of the balloon. He risks his life further, jumping off a flying fish the ensure Kida arrives back at Atlantis after the crash triggers the volcano. They make it back to the city and once Kida is out of the container, she rises and triggers the guardian totems; the erect a bubble of protection as the lava covers it. They’re encased, for a moment, but the solidified magma cracks and Atlantis is safe.

Kida, no longer a crystal, descends into Milo’s arms. Later, the crew is preparing to depart, laden with golden treasure from Atlantis. They return to the surface as heroes, decked in fine clothes, sitting in Whitmore’s house, going over their story to the press. Rourke and Sinclair are declared “missing,” as is Milo, who elected to stay in Atlantis. He does pass along proof to Whitmore; an Atlantian crystal.

There was a sequel, with poor animation and a storyline of a few short adventures. I was not impressed. Actually, re-watching this movie, I’m reminded that I kind of liked it. I like the characters; Milo is adorable. I love a geeky hero [part of the reason I love TNT‘s Librarian series; can I have that job, please?] I actually liked Helga Sinclair as a badass woman. Kida is a good heroine as well, being more action-prone than Milo, but also kind. Of course I want to punch Rourke in the face because he’s a scumbag mercenary. And influenced by a post on pintrest (which I sadly cannot locate at the moment…I’ve got a lot of fandom posts, because that’s how I use pintrest), I can see the similarities between Atlantis and the original Stargate movie and TV series (and also now being familiar with that TV show a bit; you can thank my best friend). The “A”s are practically the same. I just accept it all as part of that type of story; with a geeky main character that gets involved in action. It’s even a bit like Indiana Jones in that respect. So yes, overall, I enjoyed the movie and would willingly watch it again. 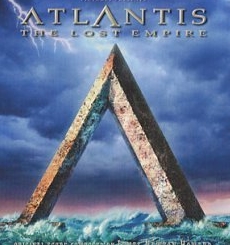 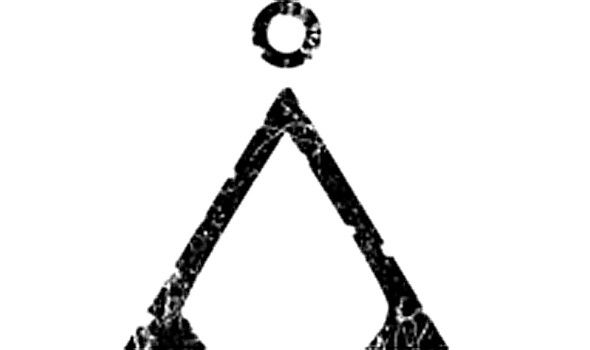 Hopefully I will get back into the swing of posting, at the very least once a week. There are a few more Disney movies I want to cover (I really like a few of the newer ones; we’ll get there soon), then into some live action and some of my favorite categories and onwards. Once again, let me know if you have any questions or comments.

Up Next: Lilo and Stitch

One thought on “Geeks Are Adorable”